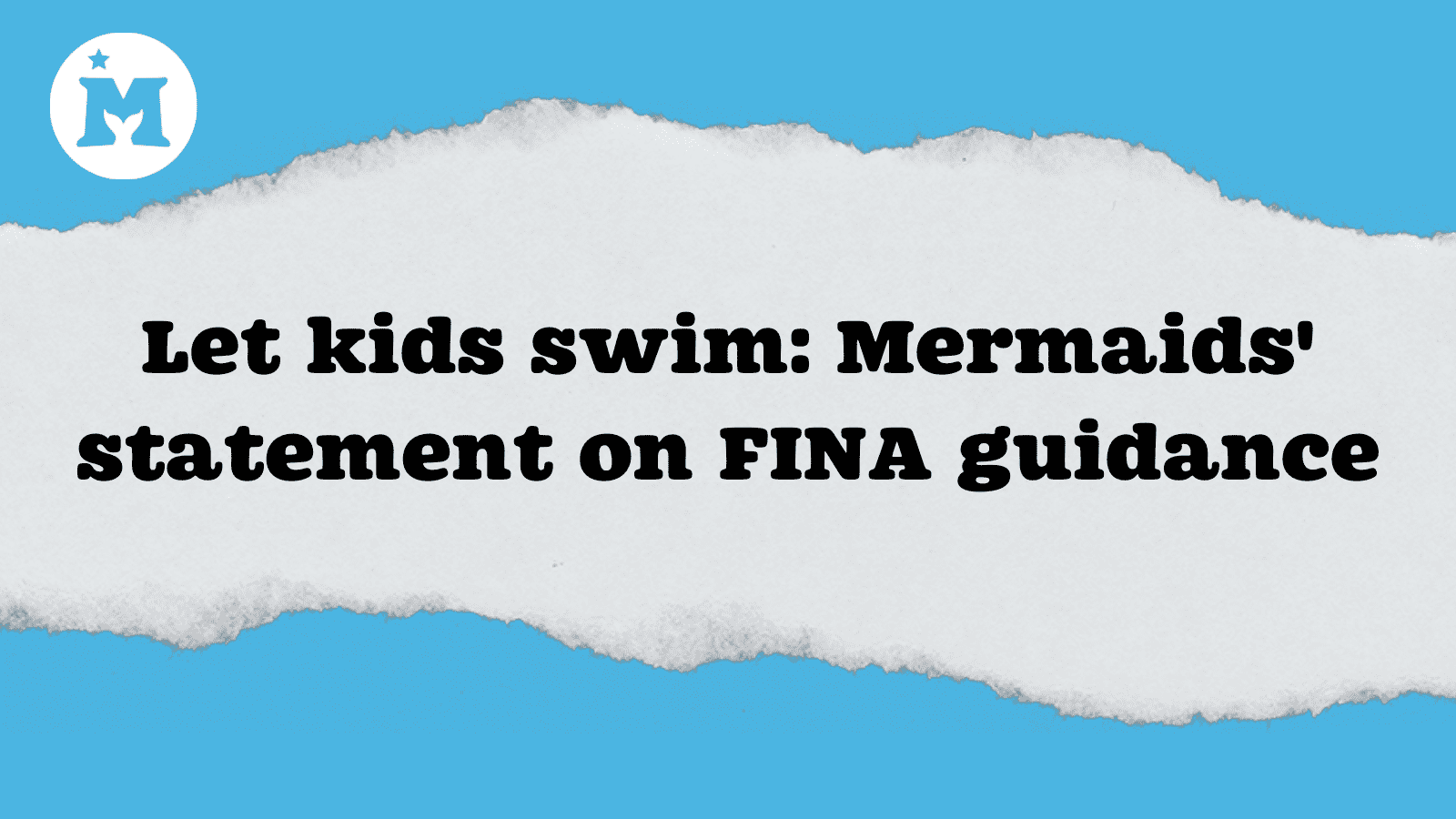 We are incredibly disappointed that swimming has become the third international sport to decide to exclude trans people from elite competition, a decision that is already being felt at a grassroots level.

Mermaids’ Verity Smith (He/Him) looks at what’s going on, and how it impacts the people we support.

This new guidance says that trans women can only compete if they can prove they have “not experienced male puberty” before the age of 12 (Pink News). In practice, this will exclude nearly all trans women and girls from the sport.

That’s because accessing puberty blockers before the age 12 is not only near-impossible in the UK (with GIDS waiting times at over two and a half years for a first appointment), but requiring young people to take them in order to compete in adulthood puts undue, unethical pressure on children who should be given time to explore their gender without expectation.

The guidance has been described as outrageous, unscientific and discriminatory by many, including pro athlete Chris Mosier, and will have implications far beyond the sport of swimming.

FINA’s new eligibility criteria for transgender athletes and athletes with intersex variations is discriminatory, harmful, unscientific and not in line with the 2021 IOC principles. If we truly want to protect women’s sports, we must include all women. https://t.co/MDjrWB6GrU

How does this impact children and young people?

While this guidance applies to elite sport, we have already heard about the ripple effect of FINA’s decision on children and young people as young as 9 who have been told they can’t enjoy the sport they love, and research by Dr Abby Barras illustrates how discrimination and hostility against trans athletes at elite level trickles down to the playground.

We believe that all kids should be able to play with their peers and dream about winning a medal at the Olympics, regardless of gender.

Instead, we’re hearing heartbreaking stories from children and young people who are worried that they can’t safely visit their local pool, or swim in the team of their gender.

Like the child who told us they wanted to join a swim team to have fun and make friends. Unable to access puberty blockers, they’ve been told they’re not allowed.

Or another young person, who shared with us their deep distress that “the people I look up to hate me”.

These kids have been let down by the athletes they idolise and feel they no longer have a future in the sport they love.

Telling trans children and young people that they can’t be themselves and swim, cycle or play has a devastating impact on mental wellbeing and happiness, and will also impact cis female athletes who don’t fit into a narrow view of what it is to be a woman.

FINA says this is about fairness, but in reality it’s anything but. This ruling sends a cruel message to trans, non-binary and gender diverse children and young people who just want to swim with their friends, telling them that there is something wrong with them, and they don’t belong.

We think that’s wrong, and will continue to work with governing bodies across the UK to make all sports trans-inclusive, so that every young person has that chance to dream.

What can you do?