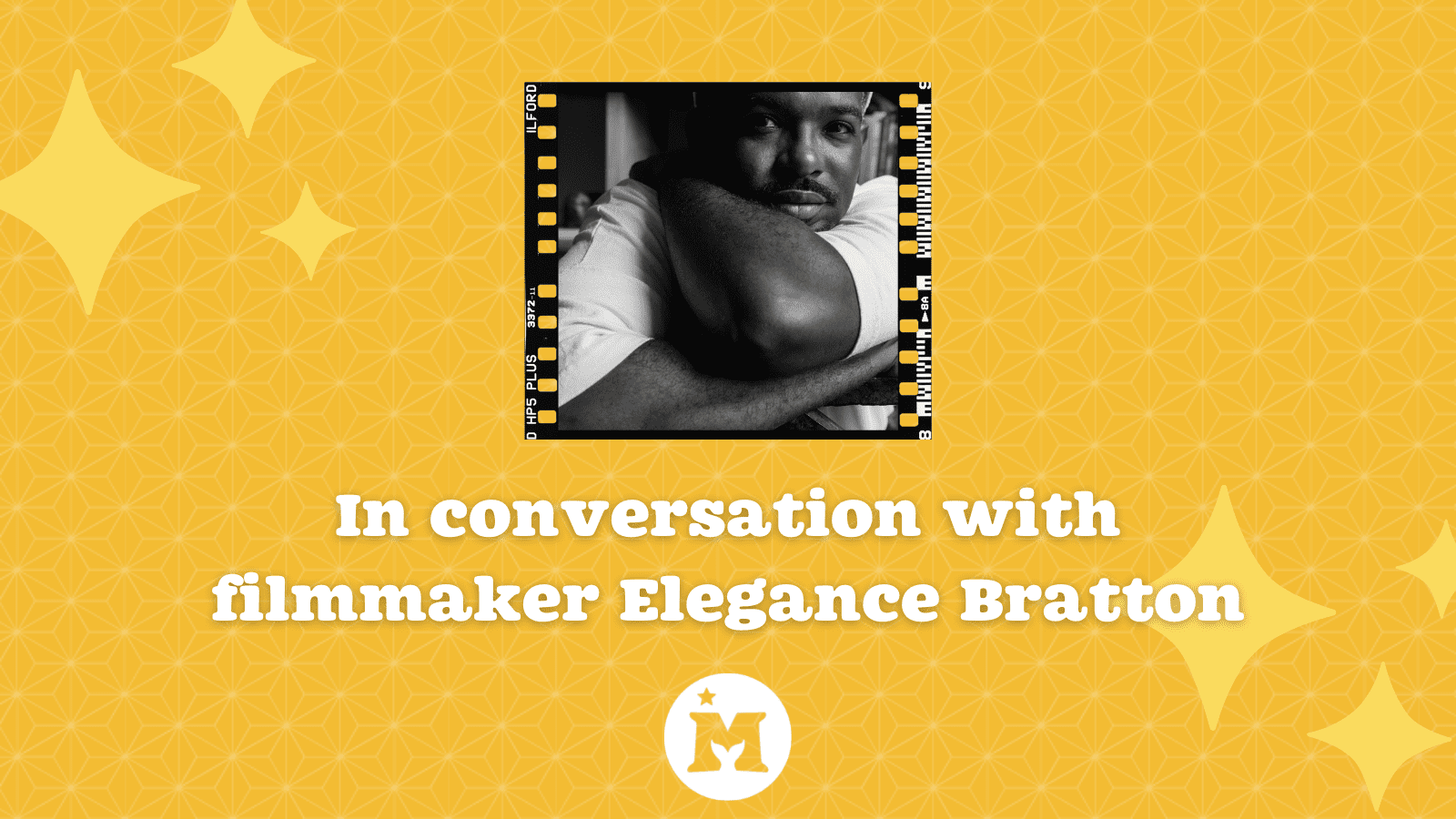 In conversation with Elegance Bratton: “I needed to tell these stories to heal myself”

Filmmaker, photographer, author and producer Elegance talks to Mermaids about LGBT History Month, his documentary Pier Kids, and how art can transform us

This LGBT History Month, we’re focussing on the way in which art can be political and revolutionary.

With that in mind, we spoke to the magnificently talented filmmaker Elegance Bratton, whose debut documentary Pier Kids chronicles the lives of trans and gay youths of colour living in Manhattan’s Chelsea Pier.

Made between 2011 and 2016, Pier Kids authentically represents a community experiencing homelessness and social exclusion, who in the face of adversity are able to find strength in each other and their creativity.

We caught up with Elegance to find out how his own experience of homelessness informed his decision to film Pier Kids, his tips for budding filmmakers keen to tell queer stories, and why we need to celebrate Black trans women like Marsha P Johnson and Sylvia Rivera for their contribution to the fight for LGBTQIA+ equality.

Why do you think the stories of Krystal, Casper and DeSean were so important to tell?

I was kicked out of my house at 16 for being gay. I’m not the only one. In America, 40-60% of homeless youth are queer and over half of them are Black. I wanted to put a face to what’s happening everyday in our country. I also wanted to redirect the gay rights movement to be focused on homeless LGBTQIA+ youth. Mostly though, I wanted to understand and make peace with my painful past of homelessness by finding a community. I needed to tell these stories to heal myself.

Pier Kids authentically explores the pains, trauma, joy and reality of queer Black young people in Chelsea Pier. How did you go about gaining the trust of the cast and forming a relationship so that they felt able to fully let you in?

About a month after meeting Krystal, she told me that I could not film her life unless we were friends. She felt like my point of view was too objective and as a Black trans woman she needed support more than she needed exposure. That demand was revolutionary for me as an artist. It made the film more aligned with the youth and less concerned with outsiders. I didn’t want to crowd this film with experts. I wanted to treat my community as the first and last stop when it came to the condition of homelessness they battle. In short, I showed up everyday and tried to listen more than I spoke.

What did you learn about yourself and your craft filming Pier Kids?

EVERYTHING. Pier Kids is the first thing I ever tried to make. I used five different video cameras, and shot over 400 hours of footage. Maybe the most important thing I learned is the power of the camera. I really believe that in spite of contrary objections, whoever holds the camera is telling their own story. Pier Kids taught me the power of that truism.

How important is voguing and art to the trans and queer community in Chelsea Pier?

Creativity and imagination are the only freedoms that are purely under the control of the individual. Art is so important to our community because it provides a means of transformation. Just from a practical standpoint; imagine being a young queer person of colour and never seeing a successful adult queer person. This is so true for so many. Very often, we have to envision a future for ourselves in a world that doesn’t see us in it. That visionary act of self invention is itself artistic.

I truly believe that for many queer artist the first creation they make is themselves. Voguing is an extension of the self-actualisation process. Each movement learned is another tool of expression in a world obsessed with making you silent/invisible. Voguing is first a martial art. It is a dance meant to mime fighting. So many queer people get bashed and one day our community decided to turn that fight into a dance that, in turn, has changed the world. How cool is that?

To what extent do you think there has been progression in trans rights in America?

The progression for trans rights in the United States is undeniable. However, there is way more work to be done. The thing is that the gay rights movement has spent the better part of 50 years sidelining trans and Black people. The advancements we enjoy today are the direct result of trans women like Sylvia Rivera and Marsha P Johnson. They started the modern gay rights movement when they were the first to protest police brutality at the Stonewall Inn. They represent a group of homeless Black and Brown street queens for whom Christopher Street is a spiritual home.

I don’t think the movement has done nearly enough to repay the self-sacrifice trans women made to make us all safer. Like, for real. Walking down the street as trans is an act of protest. Every time a trans person gets safely from door to door it makes it easier for all of us to move safer in the world. I believe that Black trans women need to be at the centre of the movement for queer rights. I believe homelessness should be the issue we all mobilise behind. This is the only way to pay homage to the women responsible for the safety we enjoy today.

How are the cast getting on now?

Krystal just got her new apartment! DeSean is building his life one brick at a time.

What does LGBT History Month represent for you?

LGBT History Month in the UK coincides with Black History Month in the US. For me, this time is an extension of my daily practice of reconciling the contradictions and corollaries all of my intersecting identities produce for me. I’m trying to make sure I find balance between them all and imagining how to demand justice for all of me at once.

Who are some of your favourite queer filmmakers or creators?

Growing up, what was your favourite queer film?

What are you working on next?

Finally, what tips do you have for would-be filmmakers wanting to tell queer stories?

I would say remember to use the camera to make the audience equal to who is on screen. Very often when I watch documentaries about poor Black folks, they’re made for white audiences to maintain their privileged distance from the participants on screen. Remember that to view people as “subjects” is inherently colonial. Each person gracious enough to grant you access is a participant/collaborator as essential to the storytelling process as you are. Share that power through what you make!