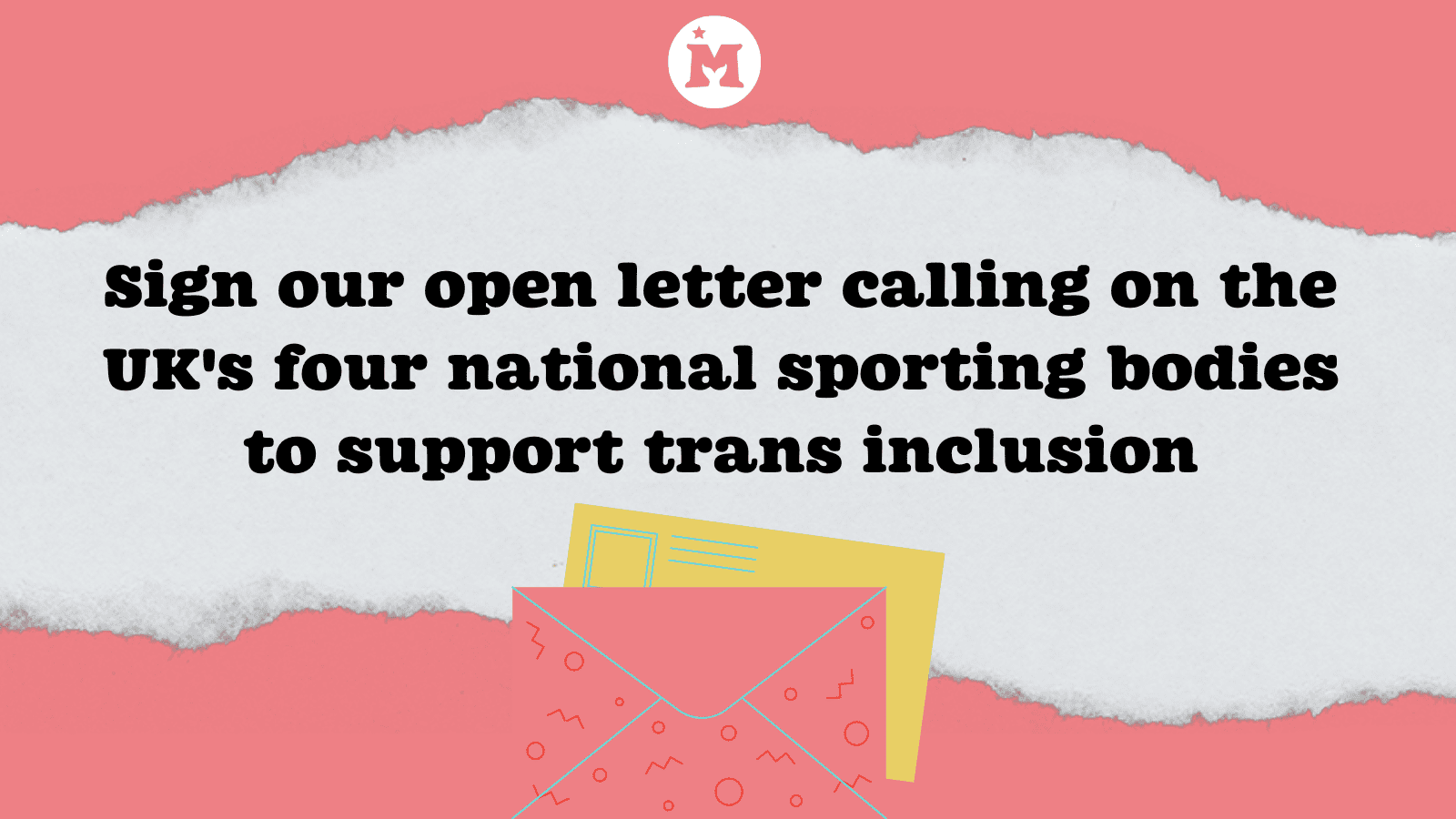 In recent weeks, various international sporting bodies have announced policies effectively banning trans women from competing in international elite competition, and we hear that more may be poised to follow suit.

If you agree with us, add your name to our open letter.

In recent weeks, various international sporting bodies such as Union Cycliste Internationale (UCI), FINA (International Swimming Federation) and IRL (International Rugby League), have announced policies which effectively ban trans women from competing in international elite competitions, requiring trans girls to consider medical intervention before puberty should they aim to compete at an elite level when they’re older. We hear that more may be poised to follow suit. Not only does a blanket exclusion contradict the IOC (International Olympic Committee) 2021 framework, which states any criteria must be founded in international human rights, robust evidence and consultation, but it is also morally abhorrent. We ask you to urge UK sporting bodies to oppose trans-exclusive approaches, and start from a point of inclusion.

These decisions at elite level have a direct impact on the trans, non-binary and gender diverse young people Mermaids supports – in the playground and in their local clubs. We’ve heard this week from distressed kids, parents and coaches worried about what these rulings mean for them. Just this week, one nine-year-old trans boy has been refused permission to join his local boy’s swimming club. These policies send a message to trans kids that they don’t deserve the same opportunities as their friends, and to all kids that they have to present a certain way to be respected for who they are in a sporting environment. This impacts everyone.

Trans, non-binary and gender diverse young people should not be forced to choose between who they are and playing the sport they love. Sport teaches young people important life lessons about teamwork, navigating new environments, building confidence and friendships, and has numerous physical and emotional benefits that make us who we are. To exclude trans and gender diverse young people from such experiences is to actively and knowingly deny them a happy and healthy childhood.

As the four national sporting public bodies, you have a role to support sporting bodies – from National Governing Bodies to grassroots clubs – in building inclusive participation with a diversity of athletes. What you say matters. We therefore urge you to advise and support the UK’s sporting bodies to pursue trans-inclusive approaches to sport, and to set inclusion – not exclusion – as the standard we can all expect from engaging in sport.

To get involved with our Active About Inclusion work, visit mermaidsuk.org.uk/sports-inclusion.